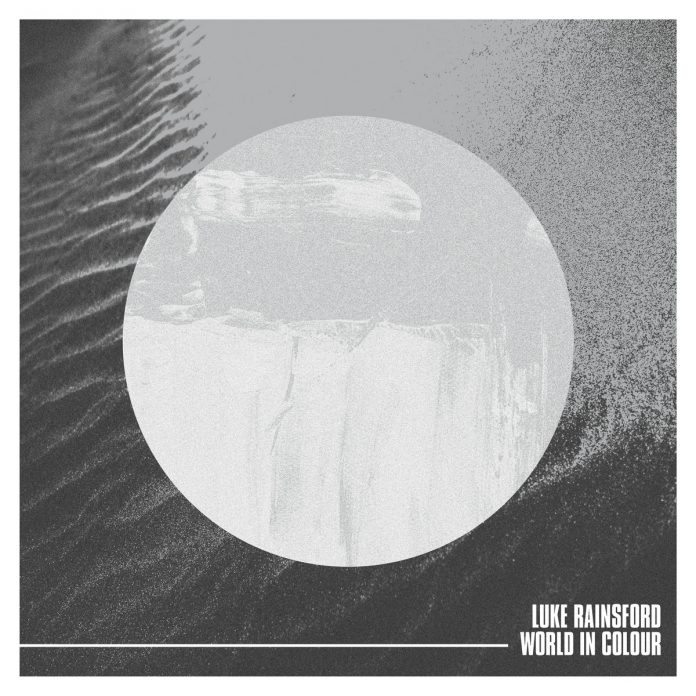 Luke Rainsford is an acoustic emo artist from Birmingham, U.K. His songs are tender, heartfelt pieces dealing with a range of serious topics regarding mental health. “World In Colour” is Luke’s first release in over two years, after a busy period touring with the likes of As It Is, Dream State, Holding Absence and Cory Wells. This new record see’s Luke return with a hugely developed sound, emo rock laced in alternative pop, punk and indie influence.

The opener `Tip Toe` is a really summery, upbeat slice of pure pop. The subject matter being the euphoria of meeting a person who seems to fulfil your needs both sexually and spiritually. There`s not much, not to like about this number.

`Lack` tackles the difficult subject of low self-esteem leading to suicidal thoughts. The music had a similar feel to electronica or indietronica outfit Owl City. The lyrics seem to leave it to your own interpretation as to the outcome.

Luke has said that `In Spite Of All My Worry` best describes himself and his music as it presently stands. It`s a mature song that had a real Frank Turner vibe about it. It would seem to relate to the early stages of a romance which the narrator feels is still in the balance. There`s a line towards the end “In spite of all my worry I’d still keep you safe, and I know you’d always do the same” which is a real singalong chant a long, come clap along part that i`m sure will have the faithful joining in.

This EP closes with the melancholic `Frame` a song about self-harm, which lyrically is an intense, honest but hard listen but hopefully cathartic.

Although Luke`s name is familiar to me, I hadn`t caught up with his musical output. This offering of recent material is not an easy listen at times due to the difficult and challenging subject matter that he conveys, but it`s worth persisting with as it`s thought provoking, spiritually and musically rewarding.