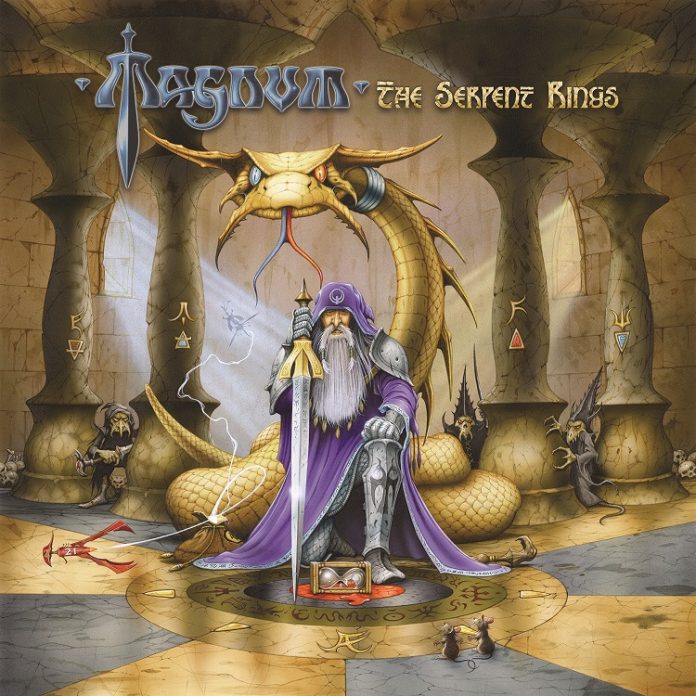 “You know what, boys?” said one of the lads in our office a week or so back. “Say what you like about technology, but you know what never breaks? The hand-driers in the gents…”

That might be the oddest start to a review ever, but he did have a point. God alone only knows how long they’ve been there, but they always do the job. Ever. Computers have come and gone, phones, whatever in my 13 years in this room. But that hand drier? Every. Single. Time.

Thing is, because they are so consistent, they never get the praise they deserve. That is the way with the stalwart. Look at sport. The hot young thing who scores a goal or two on his debut and then disappears in his 4×4 and ends up in the lower leagues in three seasons, is always more lauded than the one club right back who has never let the side down.

So how about some praise for the journeymen? How about a testimonial for consistent excellence?

For 21 albums, near as dammit 50 years, Tony Clarkin, Bob Catley and a revolving door of cast members – and there’s a new bass player and keyboard man on this one too – have done their thing. Not like anyone else’s thing either – I can’t think of one other band that sounds like Magnum, really. And actually, the one time they were asked to change (1990s “Goodnight LA” – conversely the first record of theirs we got into) is from a period they look back on with little fondness.

Nope, in the last couple of decades, since they reformed after a hiatus, they have been as consistent as anything there is. The last one “Sacred Blood, ‘Divine’ Lies” was as good as any they’ve ever done and the live shows likewise.

And within just a few seconds of “Where Are You Eden” starting up, two things are immediately clear. First, “The Serpent Rings” is another in the long line of most consistent work, I’d argue, of Magnum’s whole career (seriously, have they done anything less than excellent since they returned?) but second, it is the work of no other band.

I can’t think of another band that sounds like Magnum exactly, nor can I think of another person that writes songs quite like Tony Clarkin. You can’t imitate him, nor could you get a partnership like the one he has with Catley. They just work so well together.

“You Can’t Run Faster Than A Bullet” – I am willing to bet they’ll add this one to the live set – has a big old fists in the air groove, and “Madmen Or Messiah”, likewise has a modern tinge, yet still sounds like you want it to, with the big chorus, and odd harmonies.

Maybe its because they keep injecting fresh blood that they keep sounding invigorated? Whatever, relatively recent keyboard player Rick Benton is at the forefront here, as he is throughout the record.

The high-profile addition of Dennis Ward (ex-Pink Cream 69 and producer of some repute) on bass this time, has seem him fit in seamlessly on stuff like the grandiose slow burner of “The Archway Of Tears”, which explodes into its hook most pleasingly, while “Not Forgiven” is a more in your face stomper of a thing, with a proper spot of riffing to boot.

The near seven minute title track started as a sci-fi thing, then changed tack apparently. There is, though, still something cinematic about it. It is typical of the work here too, that there seems a natural, organic quality to it. Lengthy, but as long as it needed to be, that seems to be the theme.

There is a real air of “classic” about this. Not of its time, but just of Magnum’s time. “House Of Kings” adds horns and is almost funky, while “The Great Unknown” is a huge great AOR ballad. Honestly there’s a moment in the intro where you almost think Ann and Nancy Wilson are going to start singing “Alone”, but then it morphs into something from Tamworth. Just as it should.

Magnum, I’d argue, could be placed on more or less any bill from across the hard rock and metal spectrum and just fit in. There is a heavier tinge, for sure, to “Man” and “The Last One On Earth” is something a little airier, floating, calmer (albeit, it does deal with mortality and is lamented on as only Clarkin could).

Benton’s gorgeous piano ushers in the last one “Crimson On The White Sand” too, and in many ways, you can imagine the credits playing over this, at the end. Except, clearly, this is not the end, and this is no curtain call.

Indeed, you can only marvel at one of the most consistent and best bands these shores have ever had. Hand-driers of the world unite, if you look at things in an odd way, like me.