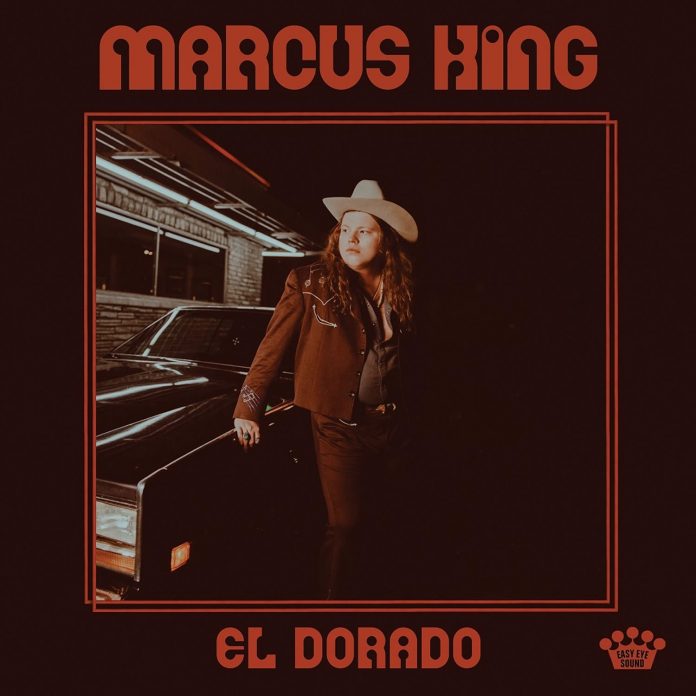 I know there are tedious bores that claim that the new decade doesn’t start until next year (one of them is my dad, to be fair), but let’s just call them nuisances, shall we?

The rest of us, you know, the normal people, all know that the 20s have been roaring for about nine days now, and that means I entered my sixth decade on this planet.

Now, I’ve never been down with the kids even when I was one, and I certainly wouldn’t presume to have any insight into the challenges facing Marcus King, but here’s what I do know. At 23, a star is born.

King has long been a name to drop and has been performing for 15 years, however, “El Dorado” is his debut solo record (he’s previously put out a couple of records with his band, and if you liked them, you’ll like this).

The 12 songs here, actually are basically a pick n mix, but it is a box of something golden that tastes not quite like anything else.

So it is that it even starts in understated fashion. “Young Man’s Dreams” is laid back, front porch blues, and you can almost hear the warm sunshine as it strums (never mind the lyrics, just go with it) and the whole thing, essentially picks up where The Faces “Ooo La La” left off.

But this is a young gunslinger with some serious blues licks too. “The Well” is raw, fuzzy and a helluva first single. It also uncovers the central point to the whole record. “The cornerstone church tried to curse my soul,” he offers, “but the good Lord he gave me some rock n roll”. And as glib a thing as this might be, it also perhaps shows the importance of music to everyone here.

Rather like the band stuff, this takes frequent trips to soul. “Wildflowers And Wine” metaphorically at least, has its tie off at the end of the night in a cocktail bar. Timeless, but it shows starkly just what an incredible voice King has, never mind anything else.

There are a couple of tracks here that seem to bristle with emotion. “One Day She’s Here” not least amongst them. The gorgeous string drenched sound at odds with a song that is about the death of King’s first love in a car accident, and there is a real country thing going on in “Sweet Mariona” which would put many an Americana act to shame.

“El Dorado” is produced by Dan Auerbach and being the singer of the Black Keys affords you some weight. He has been able to enlist some wonderful session musicians on this. Top drawer people like Gene Chrisman and keyboard player Bobby Wood, who were in the American Sound Studio band and played on Dusty Springfield’s ‘Son of a Preacher Man’, and Elvis Presley’s ‘Suspicious Minds”.

Not only does their presence ensure it sounds utterly glorious, but also it gives a clue as to the sound of “Beautiful Stranger” and “Break”. These are not of the 21st century (this is meant in a positive way) while the one that breaks the mid-album chill, “Say You Will” has the same rough guitar sound that Auerbach’s brilliant day job does. The way this one cuts loose, actually brings to mind the work of Tyler Bryant and The Shakedown.

“Turn It Up” isn’t the raucous rocker I imagined it would be, but John Fogarty would be pleased with this, “Too Much Whiskey” is fun and the boys in the honky tonk will love it, while “Love Song” has just a touch of Lambchop about it.

It all ends with another, in “No Pain” that seems to drift in a warm breeze, and the fact is that whatever influence you car to namecheck here is just fine, because Marcus King knows them, and he’s got the records.

What he’s also got is an incredible talent, and here, with his producer, the world class band, and the songwriters he’s got around him, he’s created something that isn’t of its time, but a celebration of music of all times.

And he’s got time on his side to write his masterpiece too.