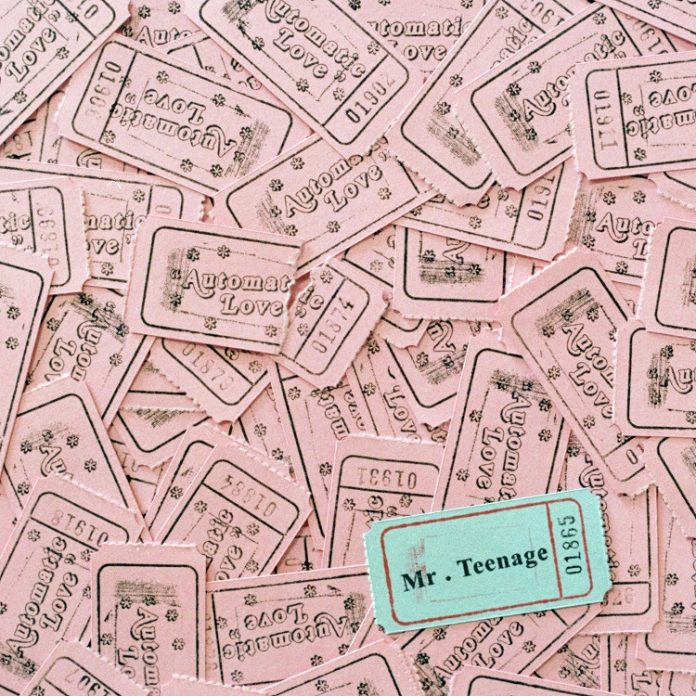 They might be from Melbourne, but Mr. Teenage – with all due respect to them  – sound like they had their hearts in the other side of the world

“Automatic Love” is their debut, four tracks and 15 minutes or so, of sounds that sound like New York Dolls jamming on some Ramones tunes – and they do it so well, you’d do well not to ignore them.

There’s a strut, a confidence in the hypnotic title track, that takes about 15 seconds to let itself get under your skin. But there’s another point here: “radio was playing my favourite song” sings Nic Imfield (one of two brothers in the band, with Joe playing lead guitar) and there’s no doubt at all that they are one of those bands that loves their craft. You can imagine them listening to music like this as kids. Whether the bands were as good is another matter.

“Waste Of Time” is perhaps the peak thing. You only hope that Joe and fellow guitarist Carey Patterson play their guitar as low slung as you want them to, because it sounds like they do.

“The Loser” is prime power pop. Bands like The Connection and The Yum-Yums make this kind of summery stuff, but goodness me, this is beyond catchy. The harmonies from drummer Nadine Muller are sublime.

And the last one, well, “Kids” is the sort of thing that I’ve loved since I was six years old and buying “Centerfold”. I didn’t know what power pop was then. I do now, and I review a lot of it too. Which is why I am fairly confident in the following assertion: Mr. Teenage are a band you should watch and “Automatic Love” is one of the EP’s of the year.