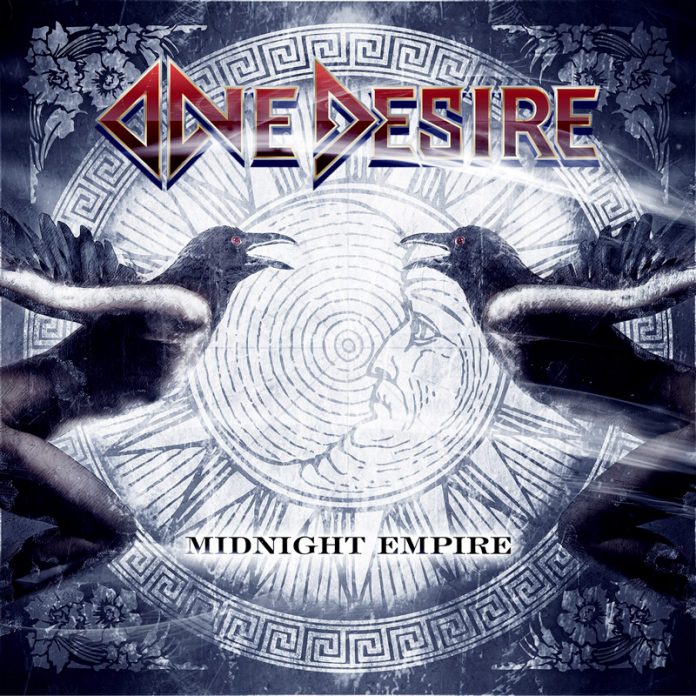 One Desire came to my attention when they were announced as the support for Night Flight Orchestra’s aborted Euro tour. The type of gig that has me wishing I didn’t live 120 miles from London then has me daydreaming at work, thinking things like “I could get down in time, couldn’t I? Then wondering whether I can afford to use one of my meagre annual leave days to have a day off, it turns out One Desire were a big-ish deal in their own right.

Their debut album was streamed three million times (which probably got them something like £1.48 in royalties if what I read is correct, but I digress), more pertinent to the review is that I should have known them. They are very good, for a kick off, and they are the sort of bombastic, uniquely European AOR that I have always been a sucker for.

Which brings us to “Midnight Empire”. Originally due for release in April, before the pandemic brought everything to a shuddering pause, it is 10 songs of classy stuff from a band that know exactly what they want to be.

If you are looking for an easy entry point, then this will do you. If you like H.E.A.T then get on board, because these Finns are in the same ball-park as their Scandinavian brethren. That’s not the whole thing, though as there is enough originality here to get people excited.

“Shadowman” – for all the profound spoken word stuff “you hate it, so it hates you” does make you think – is basically as bombastic as bombastic openings get. And the mega-selling Jimmy Westerlund (guitarist in Sturm Und Drang at one time and producer to Good Charlotte) does a brilliant job on guitar throughout, but never better than his opening statement.

“After Your Gone” is when you first notice that the choruses here belong in arenas – its not the last – and it’s the first time, really, that you understand that singer André Linman (he was in SUD too) roars. This is chest beating stuff, with its harmonies stacked high. Not in the 70s quasi-disco way of the aforementioned NFO, but they aren’t shy either.

There are some albums that, metaphorically, wait to be invited in to the party, then sit scrolling through their phone and leave early. This isn’t one. Rather, this kicks the door down and is doing the conga by last orders.

“Down And Dirty” sticks to the tried and tested formula, and as much as I keep reading the name Europe in reviews of the band, then if Joey’s boys sounded like this at all (and I am not sure they did) then they haven’t been anywhere near this since about 1989.

“Godsent Exstasy” (their spelling) has its roots in the 80s, and, frankly, is camper than a Eurovision entry. For my money, they are way better on stuff like “Through The Fire” a real slow burning, ambitious epic (seven minutes and it reaches for the skies) or the thunderous “Heroes”.

The keyboards are brilliant on the power ballad (ish) “Rio” (which is not the Duran Duran cover I imagined) and a word too, for drummer Ossi Sivula, who formed the band midway through the last decade, who’s percussion on this one is top drawer.

If “Battlefield Of Love” isn’t quite the tear-jerker you imagined it was going to be from the title, and is instead some Pretty Maids style crunch n roll,  then any right minded person can thank whatever they like that “Killer Queen” is not a Queen cover (I mean, the only thing actually worse than Queen is a cover, right? No debate required, I am not wrong). Joking aside this is actually one of the highlights, a sort of grandiose glam stomper that you know they were built for.

The last one “Only When I Breathe”, is the most stripped down, and is perhaps the best too. A ballad, and you’ve heard the lyrics before, but the pulse, and the skill are a joy to behold.

“Midnight Empire” is a record full of great moments, and although the Melodic Rock market is crowded with all kinds at the moment, One Desire are worth investigating, as they do it slightly differently to most.