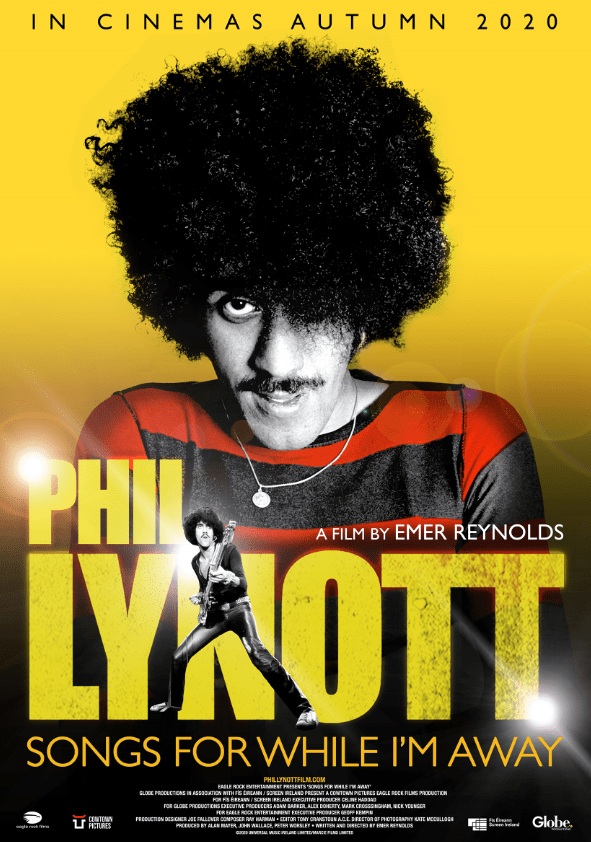 I must admit that Thin Lizzy were a band that I loved. I saw them ten times in concert and also saw the group Philip formed after their demise called Grand Slam. There really was something special about him. So, it was interesting to get to see a documentary that has been three years in the making.

The film follows Philip`s life more or less in chronological order from his birth in West Bromwich to his childhood growing up in Dublin, his rise to fame and his eventual passing.

His mom Philomena gave birth to him in the West Midlands and in the early fifties bringing up a child, especially of a mixed racial heritage was frowned upon. To support her son, she had her parents raise him in the Dublin suburbs while she worked in England.

There was some really interesting stuff about forming the Black Eagles in Dublin around the time of the Irish Showbands and also his role within Skid Row from singer Brush Shiels who also had Gary Moore in that band.

We hear that the band`s name arose from Philip`s love of comics and a character called Thin Lizzie, a female robot in a dandy comic and how the mirror on his guitar came from touring with Slade and seeing the effect of Noddy Holder`s mirrored hat. Eric Bell relates their meeting, how Thin Lizzy formed with Brian Downey and then heading to England where they were unknown and how a reinterpretation of an Irish folk song set them on the road to stardom. He`s also honest as to his inability to come to terms with fame and his leaving the group.

Scott Gorham, Darren Wharton, and Midge Ure all share their experiences of joining the group and some insights as to what it meant. There are really poignant moments when Philip`s daughters Sarah, Cathleen and his wife Caroline are interviewed and people like musician Huey Lewis, Jerome Rimson and artist Jim Fitzpatrick relate their stories as well.

But most of all it`s the music and Philip`s stagecraft. Bad Reputation, Dancing in the Moonlight, Don`t Believe a word, Jailbreak, The Cowboy Song, Got to Give it up, Still in love with you and The Boys are back in town, wonderful songs and they all stand up today.

Phil Lynott: Songs for While I`m Away is a film that charts the highs and lows and had me laughing out loud and in tears at other times as it doesn`t just focus on the negative.

Thin Lizzy and Philip Lynott deserve recognition for the legacy they left us. It pains me to think that Philip has gone almost as long as he was alive but as that famous quotation goes “The flame that burns Twice as bright burns half as long” and Philip certainly did.