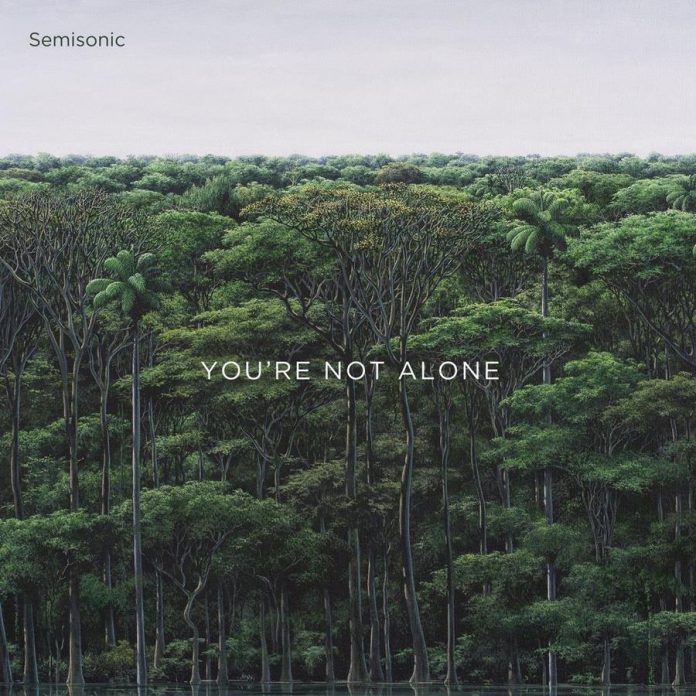 There are many bands that seemed to define the late 90s for me. Live, Gin Blossoms, Counting Crows are just a few. To that list, you can add Sterophonics, Oasis, Feeder, as everything was mixed in-together, there was none of that genres you-could-fit-in-a-box-and-you-can’t-like-this because-you-like-that-type-bull.

Then there was the blatantly poppier stuff. Matchbox Twenty, we saw them, and they were ace, by the way and Semisonic. They were superb too, catchy, kinda rock, but with an ear for something hookier. Plus they has the added bonus they wrote songs that I could equate to whatever girl I was in love with at the time and hadn’t actually told (you can pretty much lump all of these bands in with that scenario, to be truthful.)

Anyway, after 2001 Semisonic disappeared, which was a shame. And it also meant that when “You’re Not Alone” was announced, my reaction was: “blimey, I’d forgotten them, I wonder what they’ve been up to?”

The answer is fun. Dan Wilson, the bands frontman wrote a song called “Someone Like You” for a woman you might have heard of called Adele. He also wrote for Taylor Swift and thus probably doesn’t need to reform Semisonic.

And yet, he has. And why? Well, he was writing songs with another bloke you might have come across, Liam Gallagher, and he reckoned he’d got some that sounded like his old band.

Which just about brings us up to date, and “…..Alone”. First things first, Wilson is not wrong, the five songs here sound exactly like Semisonic. The title track (opening line: “everybody knows the world is wrong, the only thing to do is write it in song”) builds slowly with the old mastery. Quasi-epic, like they always were, but with a guitar line that suckers you in.

Crucially, he’s joined by John Munson and Jacob Slichter and literally the old band is back together, so to the old chemistry (pun intended) and the old skill. “All It Would Take” does the piano, pulsing thing, and its perfect for those that still the secret smile is all for them. It’s like the sound has grown with them.

“Basement Tapes”, the absolute jewel in this crown, is as 90s as Fountains Of Wayne, yet doesn’t sound dated – it also gets bonus points for rhyming “sofa” with “Minnesota” with no hint of irony.

This is a very American experience, but with songs like “Don’t Make Up Your Mind” there’s no edge. In fact it, along with the whole EP bristles with a hope, a light and a genuine pleasantness, and even the AOR tinged “Lightning” (which to these ears has just a hint of “Missing You” by John Waite) is wrapped up in a freshness, alongside the palpable longing that lurks just below the surface.

That, in essence was Semisonic. They were just as bleak as you, but they knew there were better days coming. Maybe that’s why they came back at this point in world history? Who knows, just be glad they did, because on “You’re Not Alone” they are just as good as ever.