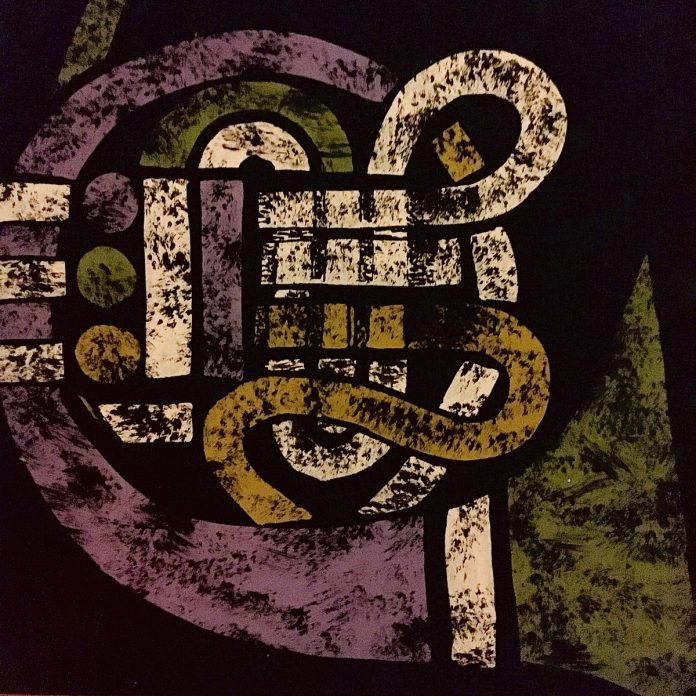 “Shit the cow makes scrapyard rock in a small cabin in northern Sweden. It´s the sound of an old rusty truck crashing into a tree.” They explain, on their Bandcamp page, and honestly, although those two sentences mean nothing much at all, they do rather accurately describe what’s going on.

“Helvetespolkan” (which translates as “The Polka From Hell”) is the latest in a long line of STC releases (they first appeared on this site in December 2014) that are not quite how music should sound.

These six songs – and don’t get me wrong, the five piece make songs – seem to come from a parallel universe. One where everyone else is doing conventional things and they are off on an ever so slight tangent.

Imagine if Turbowolf ensconced themselves up by the arctic circle, they might find something like that is in that shed.  Whatever they do in there, with lord knows what for company (and I swear I don’t want to consider it), the results are genuinely interesting. There’s a nihilistic feel to “Needle In My Eye”, like there’s never going to be any light at the end of the tunnel, but there’s a pulsing riff too. Daniel Kjellberg and Peter Söderberg do something that suggests an alchemy, and bassman Erik Rosenberg (also listed as “screams”) anchors the thing down.

“Fix You (Got Some Experience From Getting High)” is punk, a maelstrom for 94 seconds, a thought that “Darkness Prevail” takes a stage further, stepping into the moshpit on its own, for a pogo about.

However, as if to underline that there’s no point in imagining normal rules apply here, the title track changes the vibe completely (but doesn’t). I’ll explain.  Alexandra Lindqvist sings gorgeous folky mysticism but the music – well, that’s as if another song is being played next door.

And yet, it works. It all works, oddly. Music that’s “whacky” has never been my thing. Always seems to me that its all rather pointless. Music that is genuinely different, though (and lets be fair, slightly crazy) is a different matter.

So, there is the moos.