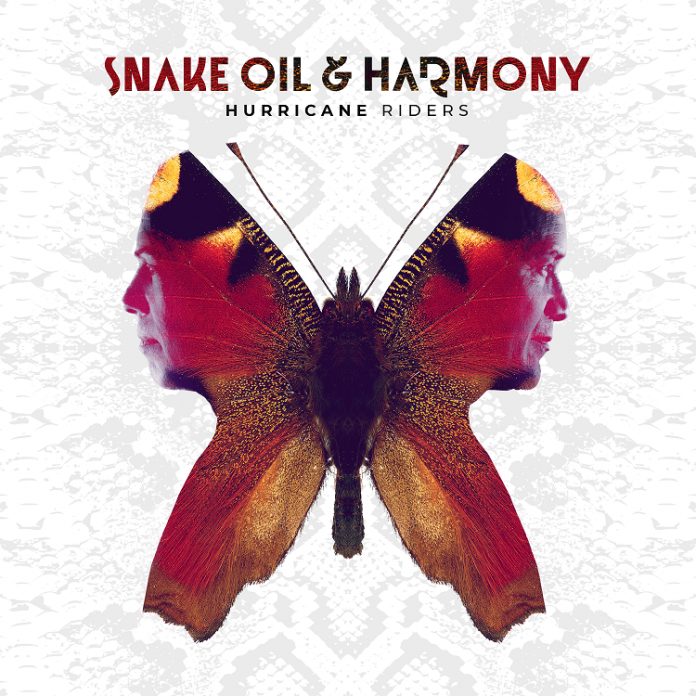 There was a gallery of pictures sent with “Hurricane Riders” – one of them I have put below.

The reason for it is simple. Danny Vaughn and Dan Reed just look so happy. A pure content that you cannot fake.

Now, I don’t know whether the sessions that led to this record being created were as carefree as that looks, but crikey, there is such a lovely feel to the collection that you really hope they were.

“Lovely” isn’t a word I use often, but as “The Lines Are Open” wafts into place with its sort of state of the union address on the world we live in, that really is the only conclusion you can draw.

Not for nothing, you suspect, does “Hurricane Riders” have its first line of “there’s a wealth of information, but no knowledge to be found”. And if we are more connected than ever, but have never felt more alone, then a sense of community seems to inform the whole album. 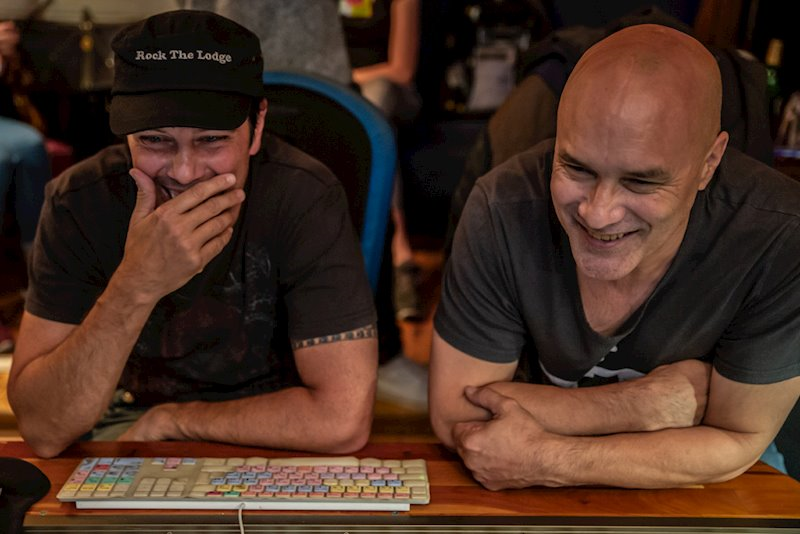 “Last Man Standing” is the type of warm, grown up stuff that you wish more bands did. Troubadour rather than rock n roll, this is more heartland America than stadium rock.

The pair, though – as they’ve proved over the years – are wonderful songwriters more than anything. Reed is at his best on “Aberfan”, a lament on the terrible mining tragedy in South Wales. With a real folk feel, this wouldn’t be out of place on a Mark Knopfler record (albeit it would have been delivered much more gruffly if it had been).

At its heart, this is a record that looks up rather than down. “Dance In The Heart Of The Sun” is bathed in good time vibes,  and the gorgeous lap steel of “Damned If You Do” gives that one a real country flavour, and if you enjoyed the last Danny Vaughn record (a truly phenomenal thing) then this might be the one that stands out for you.

For the band though – completed by Bengt Jonasson on bass and Robert Mehmet Sinan Ikiz on the drums – then “Where The Water Goes” probably has the most impact. The first one they wrote after touring together and being questioned as to when they’d write material, it exists on fabulous harmonies.

“Cannonball” is another Americana turn, one about a small town girl, living in a lonely world as it were it is superb, and the poetic imagery is wonderful.

“Save The Day” would surely be a radio hit if such a thing still existed as the two lament what their homeland (Reed now lives Prague, where this was recorded and from memory, based on what he said at the gig I saw last year, Vaughn resides in Spain) has become, and the organ here is absolutely on point.

The closing “Little Hercules” is probably full circle for Snake Oil and Harmony. The two of them duetting on their acoustics. This was how this started in 2014.

That’s actually the best thing about this. Neither of them needs to do this. They just wanted to, and the debut album here is the organic result.

Another Dan – British Broadcaster Danny Baker – always calls his podcast a “good deed in a wicked world” and those words seem to sum up “Hurricane Riders” better than any other.