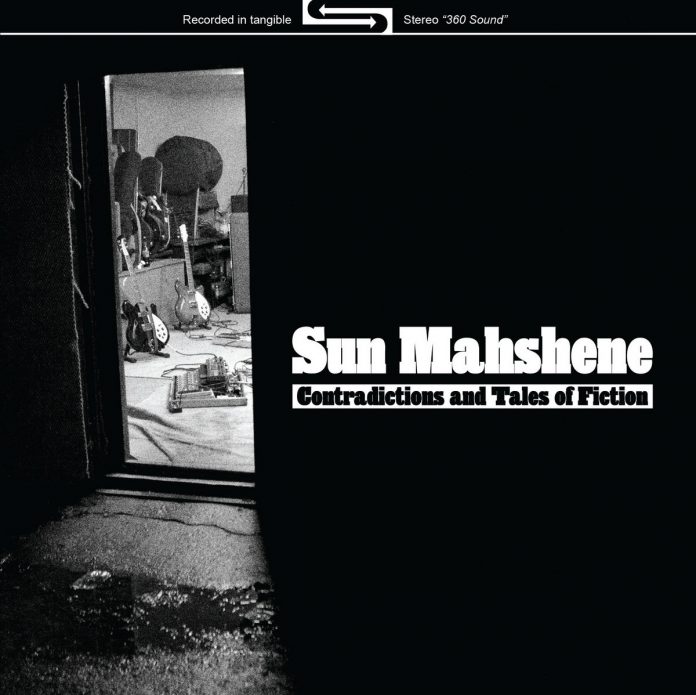 My hometown of Birmingham had a resurgence of young bands a few years ago such as Jaws, Peace and Swim Deep and the media labelled it the B-Town scene. Dublin seems to be undergoing a similar happening with bands such as Fontaines D.C., Murder Capital, Thumper, Inhaler, Girl Band and if i`m honest too many others to mention. Another quintet making waves are psych-noise rock band Sun Mahshene comprising Nathan Henderson (guitar and vocals), Ian McGinn (guitar), Rob Crosbie (guitar / backing vocals, Keys and Sitar), Darren Hughes (bass) and David Murray (drums and percussion) The band were due to play a debut showcase in London but due to the present situation that has been cancelled and they have instead released their EP “Contradictions and Tales of Fiction” which was due later this year.

The opener `Tales Of Fiction` recounts a relationship breakup with Nathan`s distant vocals atop some wonderful jangly guitar shredding. It reminded me of when I first heard Joy Division with the chorus of “You Lied” almost spat out. There`s some infectious bass, pounding drums and haunting guitar mid-way through before the singer`s heartfelt discourse returns at the end. There`s a stated desire to quit the place you grew up with `Leave This City` and the euphoric feeling of rebirth once this has been established. The philosophical acquiescence of the situation is almost tangible in the vocal delivery shared against an almost psychedelic musical blowout. `The Girl I know` is a much more reflective piece which touches on the subject of depression. It`s a real slow burn musically but reflects the sentiment of the subject matter perfectly. The chorus of “Why do you look so sad? Give us a smile, but no one understands, what`s on your mind” is quite poignant in this day and age.

There`s a real hypnotic texture to `Ride The Wave` with it`s emotion of being in a rut but overcoming this and riding the wave to better times. There are some great guitar riffs along the way or should that be wave. The closing track `Demon`s Gold` is another laid back almost somnolent offering, A narrative of chasing a life dream that`s not worth pursuing and will end up leaving you an empty shell, possibly soulless, expressed over a musically mesmerising backdrop.

Sun Mahshene have a fair back catalogue and on the strength of this introduction, I’ll certainly be exploring it. The boys would be considered as a shoegaze band alongside bands such as Slowdive, My Bloody Valentine, Ride, Jesus and Mary Chain, Lush and Curve but they have some vivid melodies and some discerning and perceptive lyrics.

They`re definitely a band I’ll be checking out in a live situation and you should to.