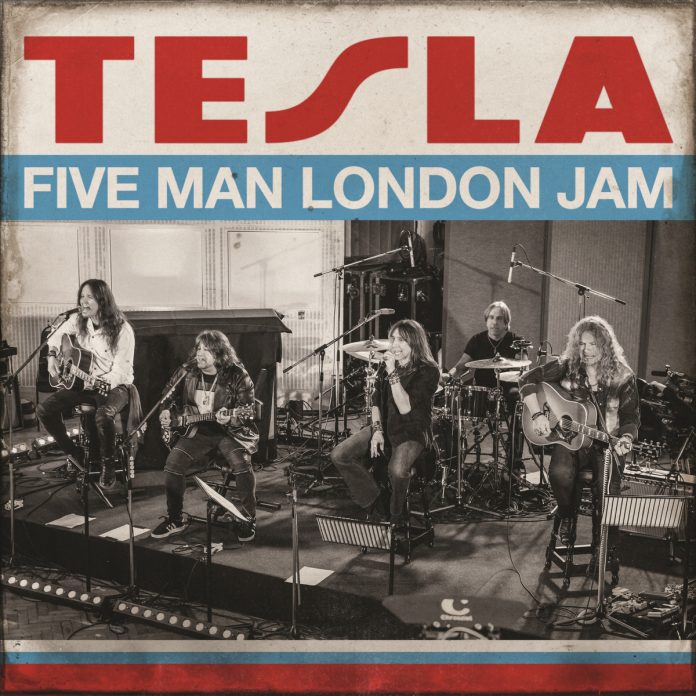 I was going to mention it at some point, so it might as well be at the start, I guess. But its more than mere flippancy on my part to discuss the Tesla release from 1990.

It was more than the record that got me into the band, it is – along with Dogs D’amour’s “Graveyard Of Empty Bottles” and Springsteen’s “Nebraska” one of the three reasons why I love acoustic music.

It had a song on called “Signs” (played here too), and we loved it. My mate learned to play it on his cover, and we played it in music class at school. I couldn’t sing and we didn’t know it was a cover (if I am honest I still couldn’t care less) but man, that was a fabulous album.

It was more than an acoustic record, it was the album that showed me that “glam rock” (the genre I loved and which Tesla were lumped into) didn’t have to be airheaded.

A year later, in 1991, they stuck out an album called “Psychotic Supper”, which had a song on called “Call It What You Want” (they play that here too) which became a kind of anthem for me. I don’t care about genres, merely if a song is good or bad. That track had the same ethos.

Anyway, fast forward to 2019 and four of the five men are back for another Acoustical (largely) Jam, but it’s obviously special for them to do it at the iconic Abbey Road. “On the eighth day God created Paul McCartney” jokes bassman Brian Wheat at one point” and they also do “We Can Work It Out” too. The atmosphere, that carefree, fun vibe comes over on the tracks.

This, though is not just a mere jam for the sake of it. No, rather Tesla had released “Shock” that year – their best album in goodness knows how long. The two songs they play from it the bluesy “Tied To The Tracks” and “California Summer Song” – which to me sounded like an Everclear song then and still does now – both prove its class.

“Stir It Up” ends with the words “peace and love for everyone” and there’s generally speaking something chilled about the band, which to be fair was always at odds with its more obvious peers. They never wrote songs like Poison, say and “Into The Now” is a good example of what they always did.

There are some real highlights here, and one of them is the brilliant version of “Miles Away” a track from their “Into The Now” album, it isn’t one that would have immediately spring to mind as standing out, but the added poignancy with which its done here elevates it into something really special.

That alone might explain that this isn’t a Greatest Hits set (indeed, they don’t even do “Edison’s Medicine” my favourite song of theirs) but they do end with “Love Song”, the US top ten smash – and the solo here is perfect.

I always say that a great song always allows itself to be done acoustically and Tesla have great songs in abundance, but its more than that that makes “Five Man London Jam” special.

At the end of “Love Song” they (it seems impromptu) do a bit of The Beatles “All You Need Is Love” and as they exit the stage, you can hear them laughing. They’ve clearly had a blast, and it comes over. It would be fantastic to think that this record could do for some kid somewhere what the other one did for me 30 years back.

Even if it doesn’t, though, this is a wonderful document of what seems like a fine night.