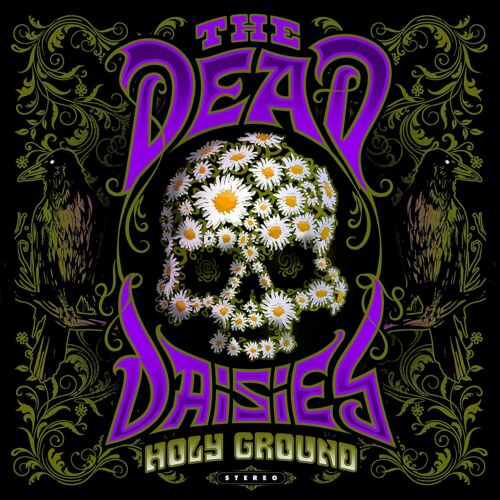 I’m not sure if it was their first show in the UK, but I saw Dead Daisies on their first tour. A couple of times, actually.

They opened for Black Star Riders (it was their inaugural jaunt too) and its fair to say that much has changed for both bands in the interim.

The Dead Daisies are a very different band right now, that’s for certain (and I mean that literally and figuratively, we’ll get to both). The only man that’s still in the band from those days is David Lowry. That’s cool, given that its his band, his vision and probably his money that got this thing going.

The story is well thumbed and I am not going to do that again, for two reasons. First its boring to rehash. And second, at this point it doesn’t matter, because the only thing that’s led to the band thriving in the way they have for the last eight years is simple: great songs.

In all candour, the first album? I wasn’t all that mad on. The rest have got better and better, until this. Well let’s not wait for the conclusion to do some big reveal: There is a very real chance that in “Holy Ground” TDD have just released on 22nd January, the hard rock record of 2021.

That’s the figuratively, now the literal bit. “Holy Ground” doesn’t sound like TDD at all. The reason for this is simple: Out went John Corabi (who was brilliant for the band, his laid back LA rock n roll party was real and fun) and Marco Mendoza, that most charismatic of bass players.

In their place came one man. Glenn Hughes.

When you give a man like Hughes this role, you are changing the band in all kinds of ways. But here’s the thing. Glenn Hughes, when it comes to this type of music, is what Lionel Messi is to football (maybe Billy Wright, given his allegiance?) a bit good.

He’s got one of the all time great voices. He plays bass like a god, and he’s a rock star. Rather more pertinent, I suppose, is his three albums with Black Country Communion. Three of the best albums of the early part of the last decade. This is from the same place.

It’s in the groove of the opening song. “Holy Ground (Shake The Memory)” the way it builds, pulls back and genuinely thumps is astonishing. Drummer Deen Castronovo (he’s left since this was recorded) is in brilliant form, and Doug Aldrich takes the lead as only he could, and then there’s Hughes. He roars. The chorus is catchy, the lyrics kind of mystical, but the song is incredible.

There’s 10 more, lets be honest, that are just as good. “Like No Other (Bassline)” sees Hughes thunder in (and to be honest, this one is the Glenn show) but they are only getting started.

It is striking, frankly, how modern this sounds. This is not boring “classic rock”. This is a band with plenty to say and the skill to pull it off. “Come Alive” with its choppy riff is a prime example and “Bustle And Flow” underlines that they’ve dialled up the heaviness this time around.

Indeed, this is a record that lives and dies by its groove. They’ve all got them, even the ones like “My Fate” which initially seems like it might be stripped down, a touch, eschews that in favour of soaring sonics.

The changing lyrical view is evident throughout. The party songs? They’ve gone. In their place comes “Chosen And Justified”, and the likes, a real chugger casting its eye on the world.

The engine room, if you will, of the album is the one-two punch of “Saving Grace” and “Unspoken” and if ever anything underlined the fact that this is a lean, mean machine, its these two. At a time when they might have done a throwaway song on their other records, this one carries on in the top draw.

In the tradition of the band there’s a cover. This time they’ve gone for Humble Pie’s “30 Days In The Hole” and they’ve basically made it sound like Grand Funk on steroids. It’s much fun, frankly. “Righteous Days”, which really does sound like it should be on one of the aforementioned BCC albums, is more the blueprint of the album than the cover is, but the last one, “Far Away” is really interesting given that it’s an almost total change of dynamic. Not only is it a seven minute epic when the rest of the album is three or four minute rockers, but it is almost prog. The common thread with the rest is, of course, that it is brilliant.

It’s simple as that really. “Holy Ground” is almost heavenly. The Dead Daisies have finally made the true classic album you knew they would.