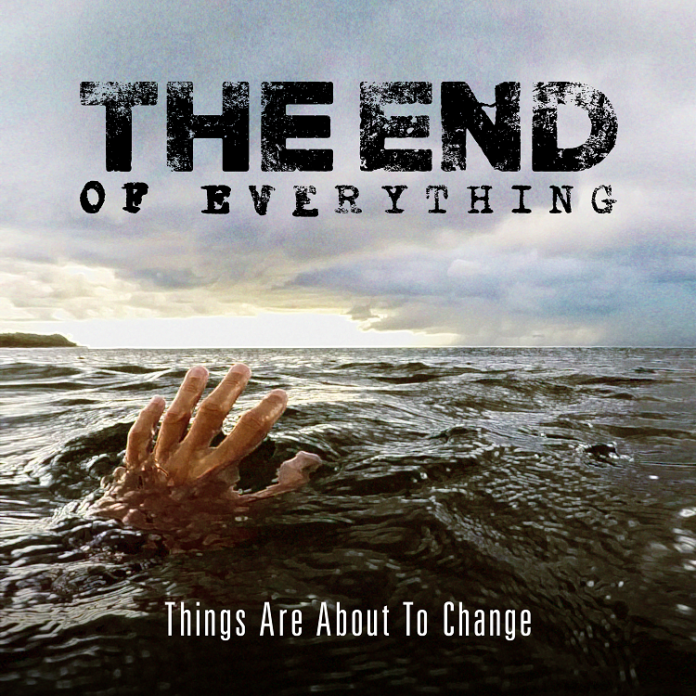 First, you do think he might have nailed the absolute essence of the band’s sound in those words, but also that even the title of the track.

Look, in case you hadn’t worked it out already, this is hardcore. This is hardcore from Las Vegas for people that think Terror have sold out and make pop records. These four tracks are thunderous, laser guided rage, that don’t so much say “viva Las Vegas” as smash the city of sin to pieces.

From the opening riff of “The Company I Keep” which sounds like slayer being hit with a concrete block, this is brutal. But, for all its raw, visceral emotion, there’s a bit of light and dark here. The band named after an American Nightmare track play hardcore metal as opposed to hardcore punk. The distinction is an important one too, because it colours the whole record.

And it means that for all of the destruction on “Force Fed Lies” and its gang vocals of “loyal to a fault”, this is one of the heaviest things you’ve heard for a while. These aren’t riffs, on reflection. Rather they are slabs from Scott Caporale.

Drummer Chris Duggan and bassist Artie Dobney from a rhythm section with serious intent, and it all means that the likes of “Makeshift Tourniquet” could crush pretty much anything they come into contact with, frankly.

These are veterans of the scene (and you can bet your life that these are the type of guys that would be watching a band just like them were they not in one) so it will be interesting to see what happens next, given that you feel they want to get cracking quickly.

“Things Are About To Change” is certainly the sound of a band that wants to make waves – and make them now.