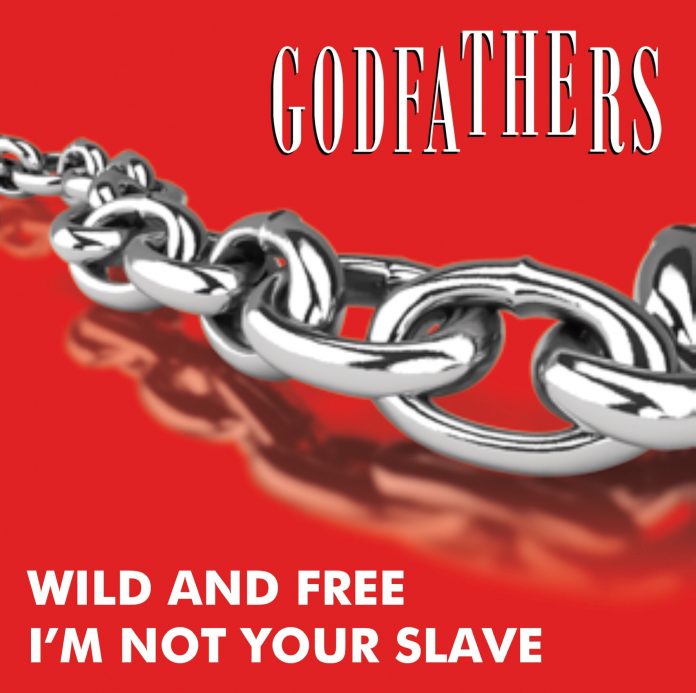 Listening to The Word In Your Ear Podcast as I do each week the other day, Mark Ellen told the story of how The Undertones made it big.

We’ve all heard it, I imagine, but its worth retelling. After rejection upon rejection, “Teenage Kicks” found its way to John Peel, who liked it so much he played it twice in a row.

And a legend was born.

To this day, there is something wonderful about a single, EP call it what you will. Those happy lunch times searching round the record shop opposite where I used to work, going through stacks of them, where they got to know you so well, you’d go in and they’d say: “I’ve got something you might like, take it and give us the money next time you’re in” (it was always tomorrow!)

Maybe Peter Coyne and his new band of Godfathers have had similar experiences in their lives, I don’t know, but there’s a bit right before the guitar solo in “I’m Not Your Slave”, where he sneers almost: “and this is where we are at now” and it seems that Coyne is as happy with the current situation as me.

It’s just that he’s in a position to do something about it. This two tracker – “….Slave” is as dark as The Mission in places yet there’s a euphoria about it, like a realisation that it doesn’t have to be like this, that something better will come – is being released to coincide with the 35th anniversary of the band.

They played their first gig on 17th June 1985 and if the world – and the line-up – has changed since (these days Coyne is joined by guitarist Richie Simpson & drummer Billy Duncanson – both previously in Heavy Drapes & Baby’s Got A Gun – bass player Jon Priestley from iconic punk band The Damned & guitarist Wayne Vermaak. Then the quality is undiminished.

This is more rock n roll, if you like, then the usual primal urges, but the second these tracks (recorded just before lockdown) seems to capture the zeitgeist just perfectly: “I am gonna start a war against ignorance and hate” he spits here, and lets be honest, who isn’t down with that?

The riffs of this one sound a little like mid-period The Cult and that’s just fine. Whether this is some kind of pointer to a new album, we’ll wait and see, but as a celebration this is perfect.

Out on their own, beholden to no one, and if that doesn’t sum up these 35 years then I don’t know what does.

The London band’s new double A side is available in limited edition, clear red vinyl 7inch single & also limited edition 4 track CD that features the 2 numbers, plus demo versions of both songs unavailable in any other format!! Released 17th June but you can pre-order NOW only from http://www.thegodfathers.bigcartel.com/