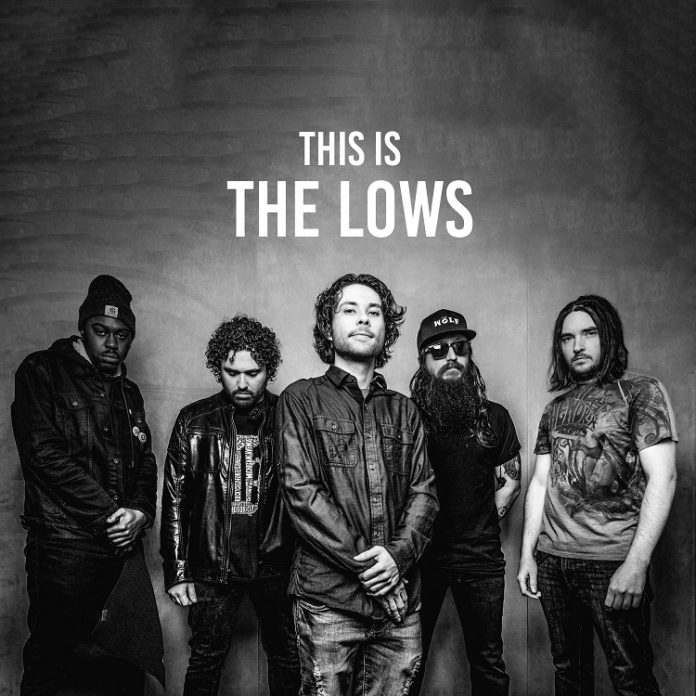 It was March 14th when I last went to a gig. For many people that wouldn’t be that big a deal. But last year I went to 117 of the things.

Who knows what the future for music holds? No one does. Not really. We can all read the predictions of the death of the live show, or the idea that “we all be back to normal asap” (certainly the Aerosmith concert I am meant to be at on 18th July is not cancelled yet, I’ll say that much.)

Thing is, The Lows, they’ve come out of Detroit with a mission. Never mind “the future”. The “New normal” or whatever its being called. They want to make it theirs.

How do we know? Well over the course of these seven songs they literally tell us.

On “Purple” – towards the end of these seven tracks (by and large as far as I can tell made up from their EP’s so far) – singer Angelo Coppola sings this is a hook line: “I know its our turn to change music again…..”

Lofty claims, but listen to the rest of it and you can’t fault his ambition.

Another band had a song called “Purple” way back when. I was about 16 when I first saw Stone Temple Pilots on TV in the UK (I think it was on a show called “The Word” on a Friday night). They were playing “Sex Type Thing” live, and that was a statement. When they sung that line “here I come.” They – to paraphrase AC/DC – were already there.

Just like Scott Weiland and the chaps – and The Lows have a similar sound, I haven’t just plucked that comparison out of the air – Coppola and his troops are ready for battle.

The first verse of opener “Love Xtinction” tells you that. A big, thick riff (there are two guitarists here, Nick Behan and Brandon McNall and TL are heavier edged than many as a result) thumping drums from Duane Hewins, give way to this line: “No one’s making good music, but it seems like everyone’s listening” – the message is clear here: Here we are, now. We’ll entertain you.

And that is pretty much the tone set for the rest of this 20 odd minutes. This swaggers. But then many bands swagger. This is muscular, but then so are everyone else – hell, Shinedown had “Devour” and they are the dullest band on the planet – but what “Road Trippin’” has is…well, that indescribable something. That belief, I suppose.

“Wake Up” starts with a dirty glam riff, but its got an energy, an almost punk like desire to grab you and the world by the scruff of the neck and shake you to life. If I say early Guns N Roses here, then they don’t sound anything like them, really, but the attitude is there.

“Love Will Find A Way” is the “mid-paced” one, if you like. But it isn’t the sentimental, cloying nonsense that sounds like its been written by a focus group that say, Alter Bridge (I would have said Shinedown, but I’d already kicked them once) would do.

For my money The Lows are better when they go for it. “Let It Go” being the prime example, hooks so big you could hang pictures on them, and the last one “Morning Light” is essentially a vehicle for Wolf’s meaty basslines to thump – and thump hard.

I’m not going to lie, I’ve been wrong before. Years back I told everyone that wanted to listen (and plenty that didn’t) that a UK band called The Glitterati were going to save rock n roll based on two singles they released. You’ve never heard of them, have you? And rock n roll is pretty safe without them, right?

That all being said, though, I’ll say this: Detroit is known for its great bands. They might just have another here. This is The Lows. And “This Is The Lows” is a statement of their intent.