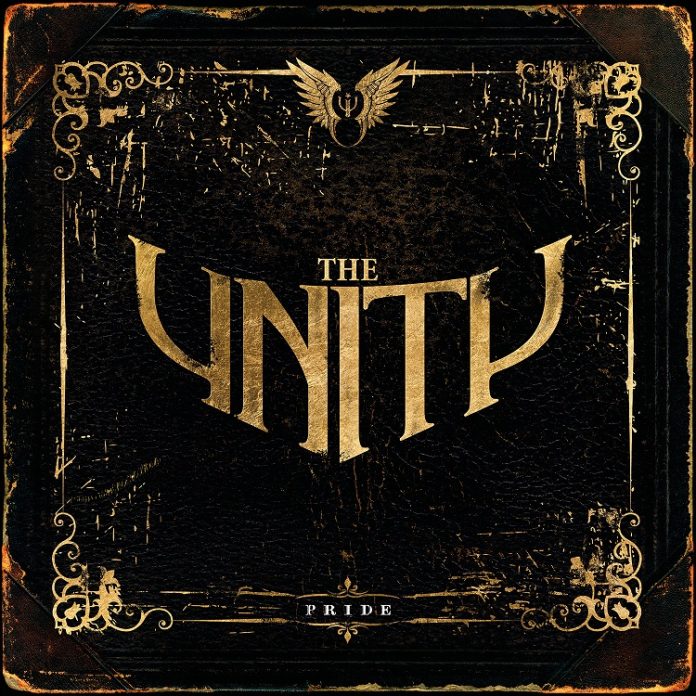 I am not sure I’ve ever started a review talking about the guitar solo’s before, but on “Pride” really, it is the only place to begin.

Henjo Richter does some incredible things, here across these 12 tracks, he really does, and this album is swept along on the sheer, incredible quality of its guitar work.

“Pride” is the third album of the band he formed with his former Gamma Ray band mate Michael Heré, and it is the best. Not by a long way or anything like that – no, because the other two have been superb – but on this collection, they have upped it a notch.

The playing, the songwriting, the lyrical themes, the choruses. Wherever you look, its just a little nit better than before.

“Hands Of Time” part slams the door down, part chugs, – and crucially it starts with a solo – all before singer Gianbattista Manenti has said a word.

A relative unknown when The Unity burst onto the scene back in 2017, he announced himself then and he roars now. The hook soars here. “Line And Sinker” has the sort of vibe of “Shot In The Dark” era Ozzy, and if this is “metal” then it is “metal” for grown-ups.

It is also music with plenty to say. “We Don’t Need Them Here” – the first single they stuck out from the album – is power metal (ish), certainly fans of Hammerfall and the likes will find much to enjoy, but this isn’t dungeons and dragons. Rather Manenti rails “let’s face it, they’re racists” before rounding on the “truth rapists” in the second verse.

This is a quite brilliant album. Everywhere you look there’s a slice of superior rock. The keyboards of Sascha Onnen are to the fore on the mighty “Destination Unknown”. An odd point here is that far from the title, this is the work of a band who know exactly where they are going, and know exactly what they want to achieve.

Some of them, like “Angel Of Dawn” are huge in scope, some like “Damn Nation” are Maiden-esque gallops, but all are interesting, captivating works. You can, if you so desire, imagine a leather clad Rob Halford with his fists up in a festival field for the intro of “Wave Of Fear”, but the verses do something else entirely, indeed, by the time its done, you are reaching for your Symphony X albums.

That’s the beauty of The Unity, though. You can pick the influences out, but they sound like no one else. Even when they are doing the more overtly hard rock of “Guess How I Hate This” it sounds somehow in keeping with what has gone on before, and if “Scenery Of Hate” is perhaps the heaviest thing here (moving close to thrash), it is still done with an eye on the melody, the crunch and the hook.

Scanning the tracklist before I listened to the record the first time, “Rusty Cadillac” stood out as being different. It is. A playful, horn-filled and blues tinged romp, but it contains the line “rock n roll is my religion” and that seems to shine a light on how important not just this music, but music in general, is to the band.

“You Don’t Walk Alone” ends the album on a high point – and high notes in the chorus – with its radio rock being damn near perfect.

The same could be said for “Pride” as a whole. The Unity are the sort of band you are delighted to find. The type of band that if you were walking past the tent at a festival, you’d text your mates after about 30 seconds, saying: “you have to check these out”.

And if you haven’t, you should. Because “Pride” is brilliant. Simple as that.