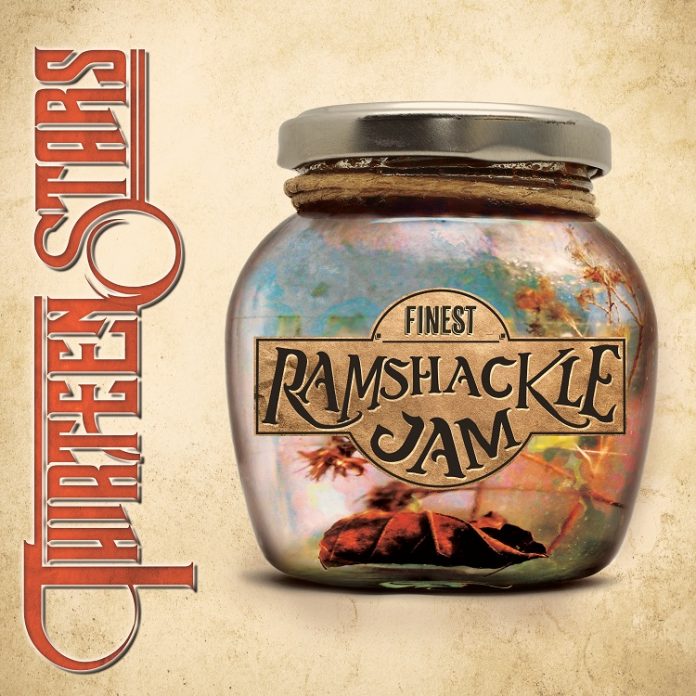 So sings Matthew “Hoss” Thompson on the opening song, on the bands 5th (I think) full length record. There’s a reason I didn’t put a question mark after the words (for once, it wasn’t a mistake.) Because it isn’t remotely in doubt. It isn’t remotely a question. It is a statement.

The important bit, too is what “Hoss” is ready for. “The rock n roll gypsy life”, appears to be the point here.

“Finest Ramshackle Jam” is – again without question, which appears to have been a recurring theme – the bands finest record to date. I know that’s the sort of thing that most reviews put at the end, but it feels important to say it here, because the reason it is their best album (by some distance in truth) is that it is exactly what it is named as: a damn fine, and proper ramshackle jam.

“UK Southern Rock” they often get called, but that seems kind of lazy if I am honest, certainly here. “Running Too Long” for example sounds like Tom Petty (and I’d written that note before I read the press pack that said it was recorded after his death.

The record has a brilliant, unhurried, relaxed, spontaneous feel. The unrushed Cumbrian life, maybe? “Sweet Lies” with its horns and harmonies wouldn’t be out of place on a Quireboys record, but if it was, it would be one of the “Mona Lisa Smiled” type ones as opposed to a “Sex Party”.

That’s not to say it can’t strut, preen and prance, “Give It Good” has a Bad touch-ish feel, but its more scrappy, and a touch more funky, and as much as this is 70s feeling, there is a more modern feel to work like “Sleeping”, and “Sorcery” which packs a real punch in its floating air.

More than anything, though, dissect it all you want, but its rock n roll. “Be There In The Morning” has a whiff of “The River” album era Springsteen (or more accurately, perhaps, Springsteen covering Roy Orbison?). The gear changes, though. They are impressive. “I’d Do Anything” grooves, “Mint Jelly” has a classic blues feel, but goodness me, the thing has a glam rock touch and if this isn’t the best thing here, then it ain’t far off, for sure.

“Rebel” gets bonus points as I never resist  – or fail to declare my undying love for – anything that reminds me of Southside Johnny, and if this has always suggested that we were merely a heartbeat away from a Credence Clearwater song breaking out, then that’s never clearer than on “Steel Horse”. All the cowboys ride them, just ask john Bongiovi of New Jersey, USA.

A lengthy record – 15 songs is basically a one in the eye for the “but, the album is dead” brigade – but it is remarkably consistent. “Keep Calm And Carry On” recalled the Stereophonics to me, just a little, and the proper thump of “The Razors Edge” is a real gem too.

Everyone can spot the Led Zep bits in “Break It Down Slowly”, but I don’t remember Plant describing someone as having “a pretty little face, looking like a slapped ass” and if ever anything proved they play with the formula its here.

The last one “Only A Soldier” takes the “jam” part of the album and runs with it, but it’s a cracker. Probably, on reflection the true highlight of the record – despite what I said above. But this is the sort of record where those things are transient anyway.

I’ve purposely not mentioned one band name in all of this. That of the Black Crowes, and its that streak they have, of doing whatever they want and still sounding cool that most came back to me throughout “Finest Ramshackle Jam”.

This is the album that Thirteen Stars have always threatened to make. And in so being, it is their authentic voice.