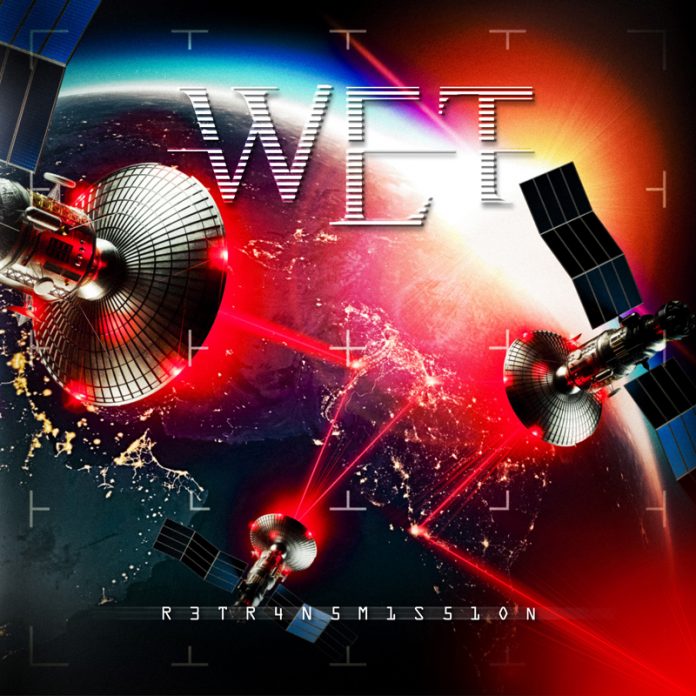 W.E.T are one of those bands – with respect – for the connoisseur.

What I mean is, that you could ask 100 people in the street (and some of them that liked rock music too, by the way) about them and get blank looks, but those that know, know that Messrs Robert Såll (the “W” from Work of Art), Erik Mårtensson (the “E” from Eclipse), and Jeff Scott Soto (the “T” from Talisman) are basically the finest melodic hard rock band in the world.

Now, I know what you’re thinking: “oh shut up, you clown, that’s hyperbole.”. To which the answer is, “yes I am a clown, yes its hyperbole, but that doesn’t make it any less true”.

Basically, album number four – their first in three years – is the equivalent of a musical open topped bus. You’ve already got the trophy, this is just the celebration.

But equally, reviewing this is pointless. And here’s why. You will listen to the first 20 seconds of “Big Boys Don’t Cry” and know. You’ll know whether you love this or hate it. It’s classy, its polished and the solos, brother they screech.

The harmonies are stacked as high as anything has been since the first Danger Danger record, too, and there’s a very deliberately 80s feel about the pomp and circumstance of “The Moment Of Truth”.

The fact is though, that whether you like this type of music just as much as you did 30 years ago (and make no mistake this has a modern touch too, crunchy, it is not dated) or if like it a lot more than you did then (like me) then with the possible exception of FM there’s no one close to being this good.

“The Call Of The Wild” – the guitar from Magnus Henriksson is incredible – is as good as it gets, the way it builds could even teach H.E.A.T a few things, frankly, and even the ballads aren’t schmaltzy. “Got To Be About Love” has a vibe akin to the likes of Heart, and you can listen to “Beautiful Game” and long for the days when this would have sold millions and Headbangers Ball was on the telly.

Where these boys truly do score though, is on their effortless epics. “How Far To Babylon” recalls Magnum and it might be the best thing here (and I say might, simply because I have changed my mind on that about 15 times).

They understand melody better than nearly everyone too. “Coming Home” won’t get any points for lyrics or originality, but try and resist the thing. Likewise, “What Are You Waiting For?” happily does its thing in a proper power ballad way, and whether or not my personal taste dictates that the best ones are the faster ones like “You Better Believe It”, then honestly, whatever happens here is basically top drawer.

“How Do I Know” is perhaps the most “modern” as it were. Alter Bridge have got Gold Discs for far less, and if the one thing I haven’t done yet is comment on Jeff Scott Soto’s singing then that’s because its redundant to do so. It’s like saying “that boy Messi, he can play football”. He’s got the best voice on Planet Rock to be clear.

The final one “One Final Kiss” is interesting because it sounds like Van Halen playing AOR and oddly, that’s the thing about W.E.T when you think about it. The melding of Swedish melodic stuff with a US sass.

Whatever, “Retransmission” is probably the best album of its type you’ll hear in 2021. Something of a hard rock wet dream. And you best believe I was always going to go there.