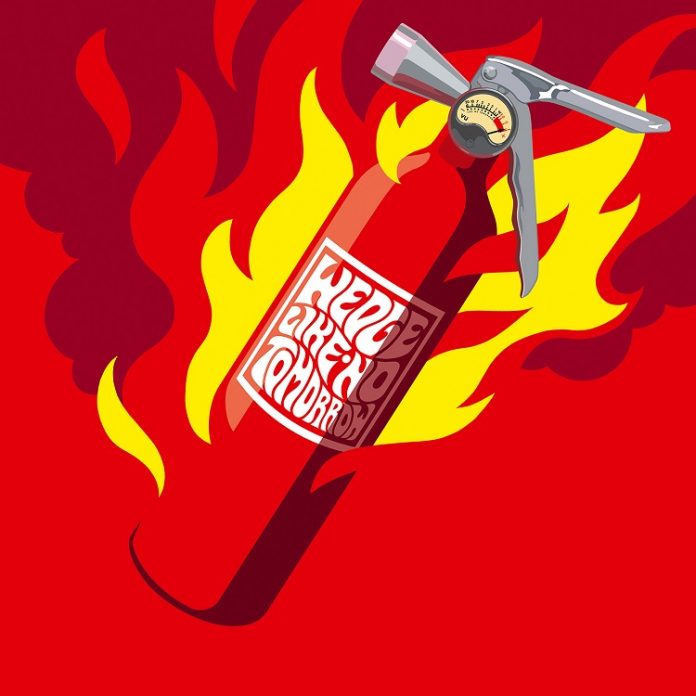 When Wedge singer Kiryk sings “I don’t give a shit about your attitude, I’m here to rock n roll, on “Playing A Role” – the second song on “Like No Tomorrow” – I don’t know whether he meant to sum up the bands sound so well, but he is.

Interestingly, as much as you can read the title in all kinds of ways, I am choosing this one: Don’t worry about the future, the great music is in the past.

It seems to me that Wedge spent their time growing up in Berlin in a serious relationship with the 1970s. This is one of those records where you could convince yourself it was all covers if you wanted, so familiar does it all sound.

But you know what another word for “familiar” is when it comes to music? Classic. And this is classic rock. This is like a mix of just about everything that you ever liked, and just when you think it can’t work, that they might have overegged the pudding, as it were, they manage to come up with something that is just right.

Take the opener “Computer”, for example. Not only is this something of an irony, given that records will not sound this analogue all year, but it also kicks off like its going to be a Deep Purple clone, before deciding that prog is the way forward, boasting a proper lead solo and sounding like Grateful Dead – all in the space of less than five minutes.

That, actually, is a pretty neat summation of the whole thing – but at the same time is anything but. Like, there’s no rules here at all. “Blood Red Wine” (“I’m as happy as a tragedy”) adds something occultish, which is fine, until “Across The Water” heads off down a totally different, nearly West Coast type road.

Two things bind them all, whether it’s the brilliant, energetic chugger “Queen Of The Night” (probably the highlight, and the type of thing that Kadavar would kill for!) or the near blues of “U N L” (on which the line “I am not like you” seems particularly apt), and its simple. One word: groove. They’ve all got them. Massive, big, thick ones.

And they are catchy too. “The Speed Of Life” adds some fabulous keyboard, and unlike many bands of this type, Wedge understand light, shade and choruses. This is not just a riff-fest for beardy blokes to enjoy. No sir.

If, though, there has been a feeling throughout that it they were barely a heartbeat away from turning into a full on Gov’t Mule jam band, then “Soldier” draws its battle lines there. It goes where it wants for nine minutes, and it is the work of a band that know exactly what they want to do.

Wedge are a trio, and there’s always something well balanced about that number. “Like No Tomorrow” proves that theory yet again, and mines the past for something fresh and exciting.