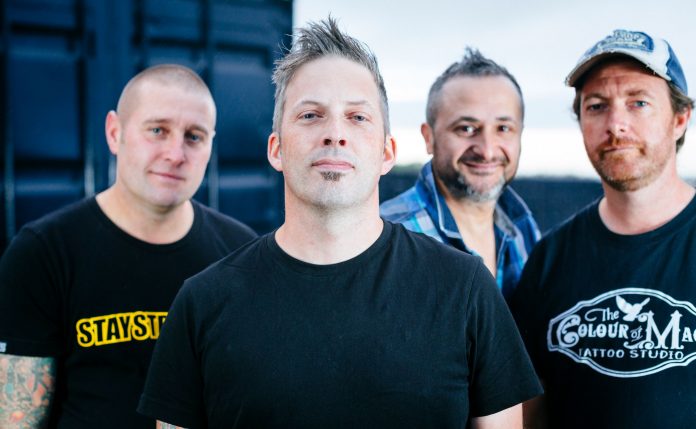 Recorded and produced before lockdown at RB Studios in Birmingham by Elliot Vaughan who’s previous recording credits include The Wandering Hearts, Frank Turner and The Wildhearts, the band have been waiting for an opportunity to release for months.

“We have been sitting on this track for a while now. We had hoped to release it earlier this year in time for festival season, but we all know what happened to that… so we have taken the opportunity to both release the single and play it live for the first time on a Covid secure live show, which is also being streamed concurrently.” – Alex Copeland, Vocals

In typical [spunge] fashion ‘Just Sayings’ has no agenda, choosing instead to take well known sayings and idioms and twisting them into fun lyrical content alongside an upbeat melody for that break from the ‘new normal’ we all need right now.

On November 22nd [spunge] will be on stage for the first time in 2020 playing a full set to a live Covid secure audience at KK’s Steel Mill, including the debut live performance of ‘Just Sayings’ The show will be recorded on multiple 4k cameras with full production and will be streaming live at the same time.

Having established themselves as an integral part of the UK punk scene over the last 25 years the band have earned themselves a UK Top 40 Single, billing on shows with Greenday and Dropkick Murphy’s,  playing festivals including Download, Reading/Leeds and SlamDunk as well as multiple headline tours in the UK, Europe and beyond.