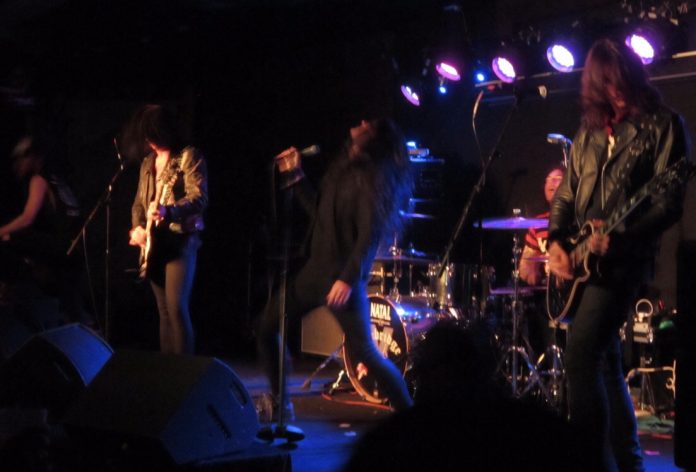 Whatever Rock N Roll smells like, tonight it probably reeks like Vic. Singer Louisa Baker got off her sick bed to play this show – and if anything showed Tequila Mockingbyrd’s show must go on, real warts and all approach it’s that. The trio who have – in whichever format they’ve been – never failed to get a show sweaty do their half an hour with their usual swagger and ability to sound like they’d kick the shit out of you in a dark alley at any point. “Never Go Home” shows their gang mentality is still strong, “Jagerbomb” keeps the good times flowing, current single “Pretty Picture” has a healthy dose of sleaze about it, and as their anthem “I Smell Rock N Roll” closes things, then there is really no doubt that Tequila Mockingbyrd can sniff out the riffs, tonight that’s more literal than usual. 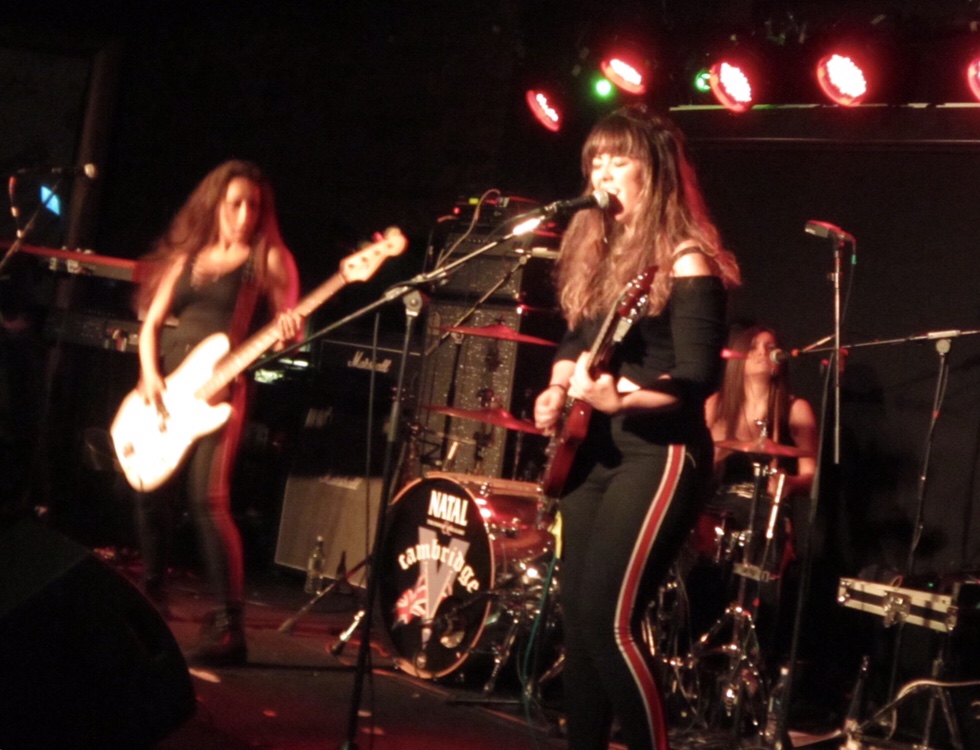 Dhani Mansworth is a busy boy. Not only is he drumming with The Treatment as per, he’s here tonight with Airrace too. His dad, Laurie, has piloted the band for decades, but they are here tonight with a sound rebooted and reinvigorated by this year’s brilliant “Untold Stories” album. The set roughly splits itself into halves of new and old. So for every “I Don’t Care” from the middle of the 80s, there’s an “Eyes Like Ice” from the 21st century’s melodic rock top drawer. Whatever it is they do, though, there is a real class to it. A grit about the bass of Rocky Newton, and in Mansworth snr, they have a guitarist of rare vintage. What all this means in practice is that “New Skin” is so polished it would make FM jealous, and another of the debut’s choice cuts, “Not Really Me” is propelled by Linda Kelsey Foster’s Deep Purple style organ. “Summer Rain” is pop music at its best, while “Different But The Same” features Adam Payne roaring like Robert Plant and is very possibly the finest song here. They end with the piano led “A Brief Encounter” and really for a band called Airrace it is appropriately soaring as it builds to its mighty conclusion. Terrible puns notwithstanding, it shows a band right at the top of their game. Just plane superb. (Sorry!) 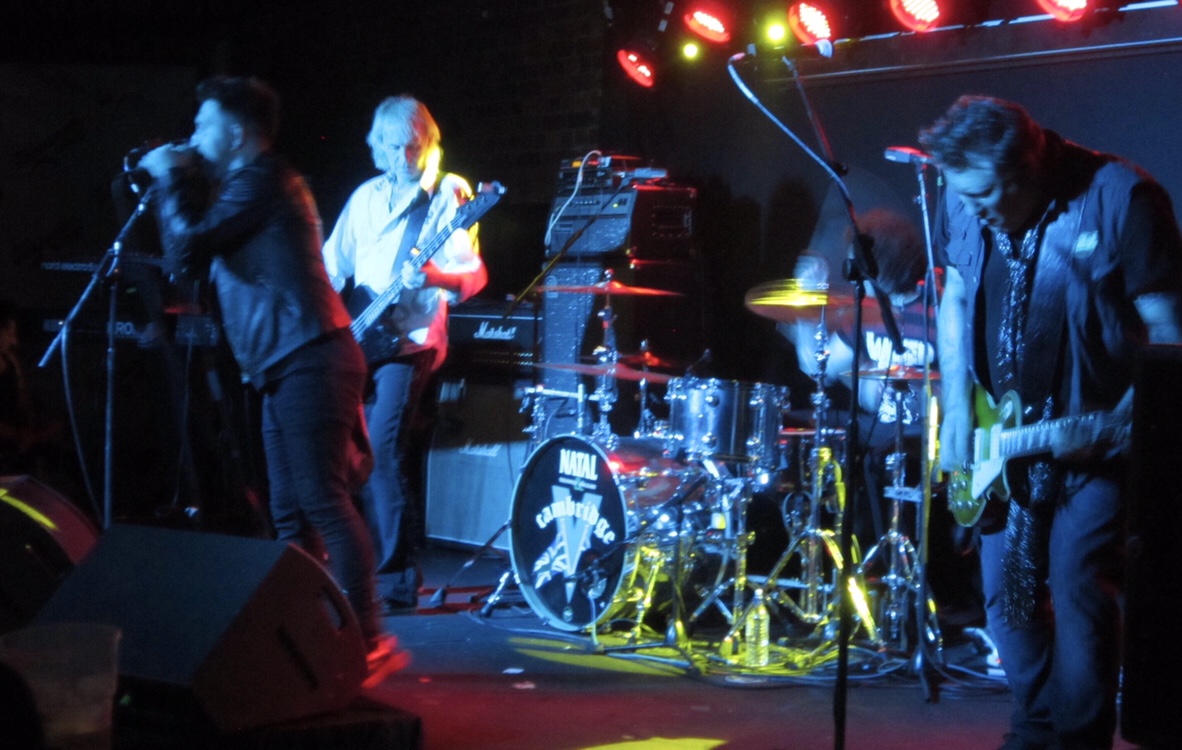 “We’re not here to take prisoners, we’re just here to have fun” that is more, surely, than a line on “Let It Begin” – the opening song from The Treatment tonight – but their mantra since the start.

The AC/DC -esque riff is another clue to the fact this just a party, and new single “Let’s Get Dirty” merely confirms what you already know. They’re nothin’ but a good time (as Poison might have said).

New singer Tom Rampton offers….shall we say…. a more ebullient presence than his predecessor and you can’t fault his enthusiasm, at least. “On The Money” offers a fine bluesy boogie, and, while if we’re honest, “Drink, Fuck, Fight” is more a festival song than a Thursday night in Wolves one, it does have something of an airheaded charm.

“The Doctor” is better, and slams like always, and the Gray Brothers on guitars can whip up a storm – and you want a song called “I Bleed Rock N Roll” to be a storm.

“Cry Tough” from their most recent album, Generation Me” is more of the same, but it’s punky, us against the world attitude shines through, while its title track finds some fists in the air fury – although Rampton seems furious as a default setting.

“I Fear Nothing” comes with an elephant sized groove, and “Emergency” is as loud and snotty as rock can get.

“Get The Party On” does the encore thing – and if ever there was a crew of rock stars in waiting it’s these boys – and “Shake The Mountain” sounds as good now as when I first saw it getting on for a decade back at a free gig in Nuneaton.

That’s a long time back and few bands have played as many dues as The Treatment. They don’t look jaded, though, in fact, they look more full of beans than they have in a long time. If good things come to those who wait, then surely it’s their time with the next album. You get the sense that when opportunity knocks this time The Treatment – and Rampton in particular- are ready to smash its face in.